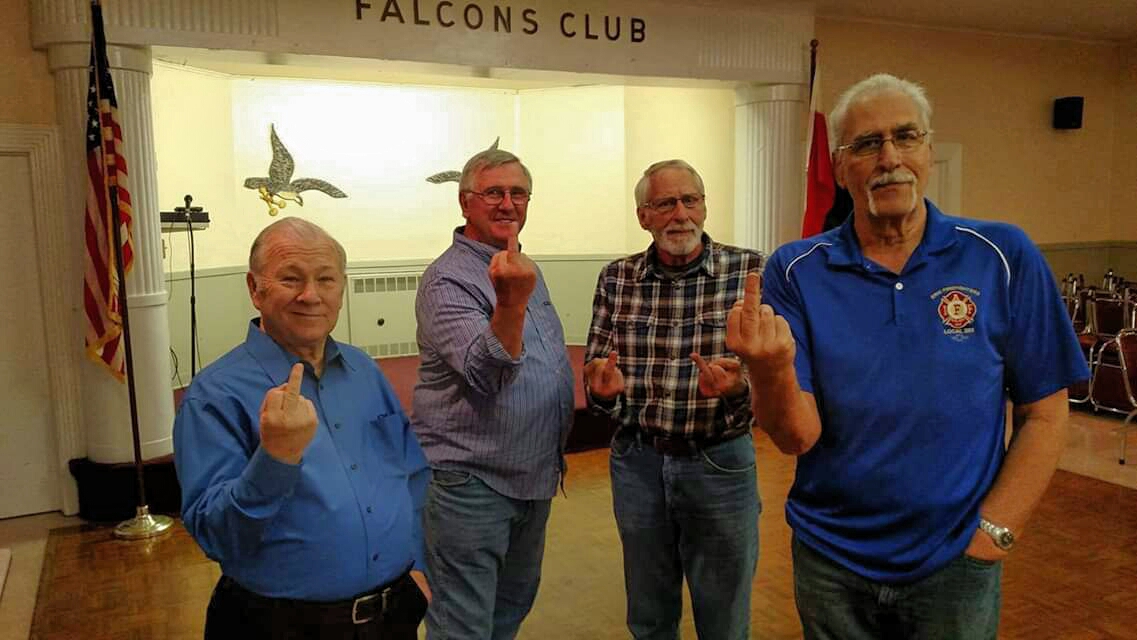 It’s hard to imagine what life was like without social media, the internet, or even access to computers but it wasn’t that long ago. I don’t consider myself that old, but I vividly remember that we entertained ourselves in so many imaginative ways when I got on the job twenty years ago or back in my vollie days. I also have just as many fond memories of the fire service before I was technically a part of it. I grew up in my father’s firehouse and the guys he worked with all served as secondary father figures to me. I learned how to play table tennis and shoot pool pretty well, but until then, I was afraid to slide the pole or go into the basement. Now that I’m 45, I can’t fathom what my life would have been like had I not grown up with the same guys that my father worked with. I enjoy thinking about my youth when everything seemed so much simpler and, in the process, I typically do a lot of self-reflecting.

I’m comfortable being who I am and the skin I’m in. It has taken me nearly half of a century to say so, but I’ve learned to do the best I can, and I continue to do so. I am thankful for the way I was raised and while my parents obviously had more to do with that than most, part of it can be attributed to these men. It should be noted that there were many more than any of these photos included. Most of the kids I hung out with had athletes and comic book figures that served as their heroes, mine were these guys and each is a leader in his own right.

They didn’t pay attention to “the distractions”, they just did whatever it was that needed to be done the best they could, day in and day out. It’s that simple, really. Not only am I proud to say that they made it through all those years of service, but they did it better than anybody else I remember. I idolize them for that. In today’s day and age, the idea of being accepted by your peers seems to be made it far more difficult. I often wonder how the fire service that I grew up knowing and loving had morphed into more of a business that has become cut-throat.

The constant comparison, especially for those who suffer from some sort of anxiety or depression is relentless. Administrating a popular website that caters to firefighters’ interests has provided me with an endless amount of opportunities. Without the page “Holding 1&1” (Engine and Truck) on Facebook, I wouldn’t be where I am today, for that, I am eternally thankful. On the other hand, I can easily see how a training environment such as this would potentially give someone the perception of inadequacy. An example might be someone who, as opposed to being grateful for the position they’re in, feels incompetent because they aren’t employed by their “dream job” or the specific fire department they had hoped for. The member may feel “at fault” or the lesser of the two when measured up to someone with different letters on the back of their coat.

I was actually guilty of this for a large part of tenure. As a fifth-generation firefighter, I put a tremendous amount of pressure on myself, but with age comes wisdom and I’ve begun to realize that I didn’t have anyone else to blame but me. In today’s world, however, it seems as though the double standard is the norm and I’d rather not subscribe to that. There is far more of an emphasis on getting ahead at any cost than there is on just doing the right thing. The old adage that “character matters” is fading away. Mark my words, though, that’s where true leadership lies. If there is any one thing that I’ve learned, it’s to lead from who you are as opposed what you are or how you rank.

Someday soon, the pendulum will swing in the other direction and I’m hopeful it will come to a rest when it focuses on those members who truly deserve to move forward. Until then, don’t get distracted if you represent the majority of members who strive to constantly learn and improve themselves. The future of our occupation depends on you. Let’s start a revolution simply by doing and BEING the best we can. Do what’s right and matters most. Let’s set ourselves up so that we can tell stories like my father and the guys at “Central”. Screw the nay-sayers, we got work to do.  Let’s get started.

Bill is a fifth generation firefighter and 26 year veteran of the fire service. He was hired by Fairfax County in 1998 and currently serves as a Lieutenant on Truck 411, C shift. In addition to his full time career, Bill had worked for the West York Fire Department for fifteen years and has taught both locally and on a national level through several different venues.

We are passionate about aggressive search, ventilation, forcible entry, and creating an all around safer fireground. Please share your experiences and tips!